Taking refuge in the Buddha, the Dharma, and the Sangha has traditionally been a way for people to begin their commitment to practice as they find a way to happiness, freedom and awakening.

In ancient pre-Buddhist India going for refuge meant proclaiming allegiance to a patron, a powerful person or god in the hope of receiving protection from danger.

On the Buddhist path central to the teachings is that life still has dangers or poisons- greed, aversion, and delusion. The idea of refuge is core to this practice in gaining release from suffering or danger by feeling our trust and connection to the truth of each refuge. 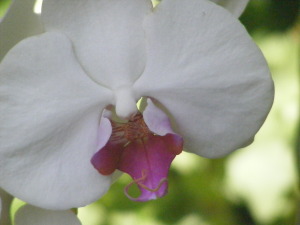 Today we are faced with the same internal dangers as in Buddha’s time. In taking refuge one is committing to living in line with skillful actions based on happiness. It is an act of claiming that seeks protection by avoiding the misfortunes of unskillful intentions; to take refuge in the quality of our own true intentions.

These refuges are known as the Triple Gem or the Three Jewels because gems are valuable and in ancient times gems were believed to have protective powers. So the three fold nature of these refuges lie in the fact that they can be practically put to the test in daily life and yield more real wealth than any physical gem, immeasurable wealth. They lead to the true freedom from the uncertainties of dukkha in the realm of aging, illness, death and impermanence.

The first refuge acknowledges the possibility of awakening to our True or Buddha nature.

The second refuge says that there is an awakened way of living and practicing that creates the conditions for the Dharma.

Take refuge in the Dharma- in the truth and in wisdom by practicing and living in harmony with the teachings.

The third refuge shows us that we are not alone in this endeavor, that we are joined and supported by thousands of other communities, the Sangha.

Some phrases for taking refuge ( non-traditional):